Novi Vinodolski often also called Novi or Novi del Vinodol o Novi in Valdivino[3] in Italian) is a town on the Adriatic Sea coast in Croatia, located south of Crikvenica, Selce and Bribir and north of Senj. The population of Novi is 3,988, with a total of 5,131 people in the city administered area. The city area became a Frankopan property in the 13th century, marking the period to which the most valuable heritage is dated, including the Law codex of Vinodol. City hinterland is dominated by the Vinodol Valley, used for agriculture and winemaking. Economy of the city is dominated by tourist industry, as Novi Vinodolski is well known tourist centre situated in an area largely unaffected by other types of industry and it offers a wide variety of tourist amenities. The Vinodol Valley is also the site of a hydroelectric power plant utilizing water collected in Gorski Kotar reservoirs. Transport links of the city are substantially dependent on the nearby city of Rijeka.Economy of Novi Vinodolski is dominated by tourist industry and activities supporting that particular branch of economy. Hotels, other vacation accommodation, bungalows, apartments and rooms in privately owned houses can accommodate over 10,000 tourists at once.

The soul of the town is represented by the rests of the cultural heritage: walls of the Roman fortress “Lopsica”, rests of the Paulist friars’ monastery, Frankopan citadel with stronghold, cathedral, chapel of the Holy Trinity and St. Marin on the homonymous islet, the house of the brothers Mazuranic, reading club and library from 1845, homeland museum and gallery, the old core of the town as well as the preserved authentic folklore of this town. The traditional hospitality of the population, crystal-clear sea, town and surroundings without industrial pollution, circulating of mountain air from high forests in the nearby hinterland suitable for hunting tourism grant to Novi Vinodolski inestimable ecologic advantages especially for the development of the tourist and hospitality industry. Classic hotels, modern tourist villages, camp sites, bungalows, flats and rooms in private houses represent lodging capacities for more than 10,000 tourists per day. In the hotel buildings and in the immediate surroundings of the hotels sports and recreation constructions, open air and indoor swimming pools with seawater, saunas and other facilities for tourists’ personal needs have been built. The sea of the town port with moors for boats, petrol stations, a crane and a ramp for lifting up and floating the boats, parking grounds for cars, trailers and boats are intended for nautical tourists for whom the service of aid and rescue at sea is organized too. Via the Adriatic tourist road, railway station of Rijeka, airport of Krk-Rijeka and especially via the blue ways, the town is connected with Europe and the Mediterranean. Besides the tourist and hotel industry, the economy of Novi Vinodolski involves also wood-processing industry with a saw-mill and three factories for finished and semi-finished products, wood and timber industry, agricolture, trade, service and communal operations. The medical and pharmaceutical services, TT services and telecommunications, banks, exchange offices, portmaster’s office and other personal services satisfy the needs of tourists and the local population. City hinterland comprises Vinodol Valley (Vallis vinearia) spanning between Bakarac and Novi Vinodolski.Enoy!!! 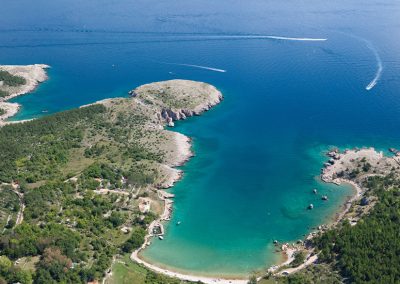 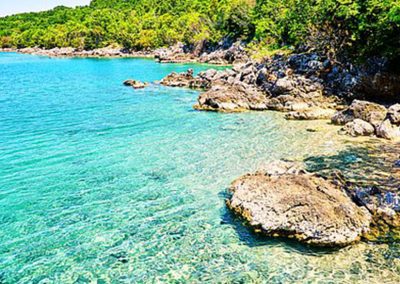 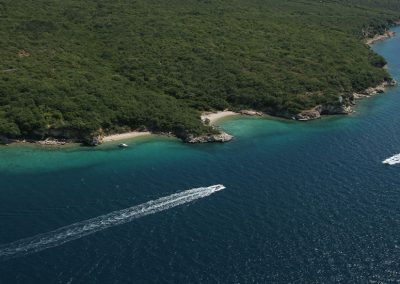 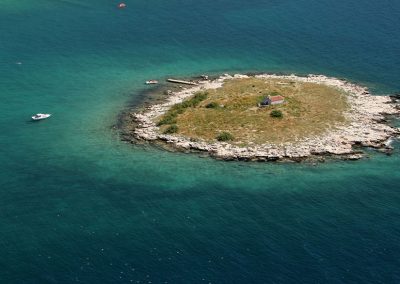